Today’s cinemas are usually packed with action, science fiction, fantasy, or horror movies, with genres like comedy not getting the attention is deserves. This is partly because movie companies have lost their touch when it comes to making funny films, but also because the general audience finds their sources of comedy from other means.

Regardless, for those that are looking to find some truly funny movie material, these are some of the best comedies ever made.

Shaun of The Dead

A British film that’s part of the famous Cornetto Trifecta from director Edgar Wright, Shaun of the Dead is considered the best of them all, and some even argue that it’s the best zombie film of all time.

It follows a British guy named Shaun and his friend Ed that find themselves trapped in a zombie apocalypse, not long after Shaun and his girlfriend break up. After learning about the outbreak, the two friends venture out in the world to save Shaun’s mm and his girlfriend, but their plans quickly spiral out of control. It’s a legitimately unique move with unforgettable moments, a perfect mix of horror, gore, and black humour.

As one of the films that made Leslie Nielsen a household name, Airplane stands as the godfather of physical comedy movies, and is arguably the best one of its generation. The story revolves around an airplane that has its pilots both become ill, and the main character is forced to take over control of the vessel and try and get the people onboard back to safety.

It’s a film overflowing with classic and memorable moments, many of which would later lead to countless parodies and references in pop culture, from film, music, to games for all to enjoy. 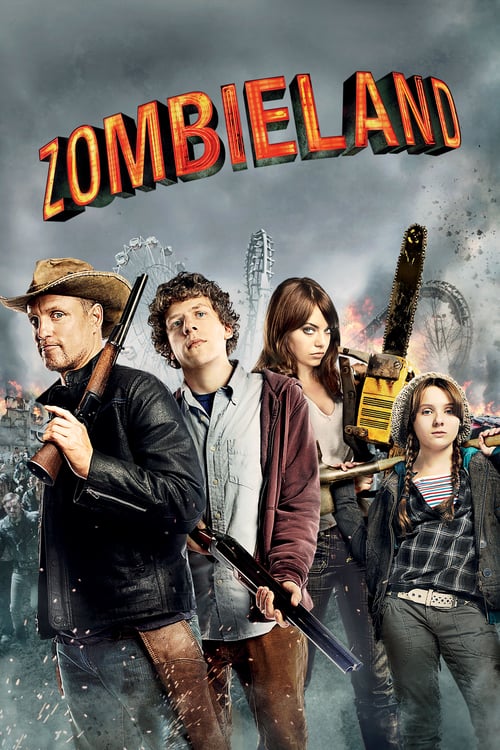 The zombie genre is among the most oversaturated, but it provided the perfect platform to create comedy movies, such as Zombieland. Similar in some ways to Shaun of The Dead, Zombieland focuses on a main character that’s trying his best to get by while dealing with the endless hordes of the undead.

In the film, Jessie Eisenberg meets a host of other interesting characters, and they work together to try and get to their individual destinations. It’s an action-packed movie with plenty of brilliantly funny moments, and it offers an entirely new take on the very bloated undead genre. It also lays claim to having Bill Murray as one of the supporting cast.

Monty Python and The Holy Grail

Part of the Monty Python group that was prominent in the UK during the 1970s, the Holy Grail is perhaps their best known work, and also their funniest. It follows the adventures of King Arthur as he seeks the magic sword that would give him kingship over Britain.

It’s considered a true classic, like Airplane, and is bursting with one-liners and skits that are still found in today’s popular media. Despite its age, it still holds up today as well as it did back when it was first released, and remains a favourite for comedy fans around the world.