Found in every genre, cult movies are films that have attracted an audience of fervent fans that take their appreciation of it to the next level. If you are looking for the best introduction to the category, you should start with the most important titles.

5. This Is Spinal Tap

The 1984 release This Is Spinal Tap is credited with being the very first mockumentary. The American film co-written and directed by Rob Reiner is a spoof of 1970s rock band documentaries. The movie features a fictitious UK band called Spinal Tap, which it follows on their tour of America. Incidentally, many viewers did not quite get the joke, and thought the band, and the events portrayed in the movie, were real.

Released in 1973, director Robin Hardy’s the Wicker Man is a cult movie about a cult. The story of sergeant Neil Howie plays out on Summerisle, an island he thinks he is visiting to investigate a girl’s disappearance. The Christian policeman discovers that, not only have the townsfolk converted to a form of paganism, they also have lured him to the island – and they practice human sacrifice.

Bruce Robinson’s 1987 black comedy Withnail & I was produced by former Beatle George Harrison’s company, Handmade Films. Starring Richard E. Grant, Paul McGann, and Richard Griffiths, Withnail & I is set in 1969, and it follows two out-of-work actors from London to the Lake District, where they arrive horribly ill-equipped to deal with a weekend in the country. The film inspired a drinking game in which viewers match Withnail drink for drink. If you play it, substitute rum or vinegar for the shot of lighter fluid. 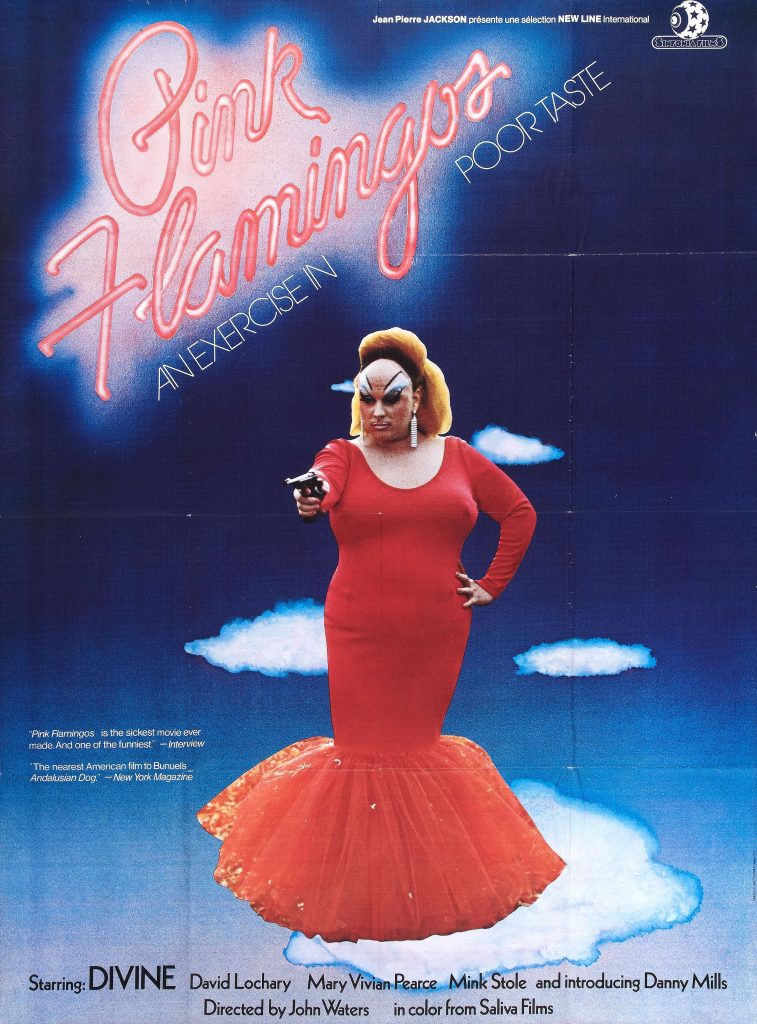 The 1972 John Waters cult movie Pink Flamingos stars infamous drag queen Divine, and it is not for the faint-hearted. Divine’s character is a trailer park-dwelling criminal named Babs Johnson who relishes her designation at the filthiest person in the world. The arrival of two criminals eager to outdo her in filth puts Babs’ reputation at risk. Just some of the horrors that await you in the film include exhibitionism, vomiting, murder, cannibalism, castration, and the sight of Divine eating dog poo to the tune of How Much Is That Doggy In the Window?

If one title exemplifies the attraction and effect of a cult movie, 1975’s the Rocky Horror Picture Show is it. Starring then-relatively unknown actors such as Tim Curry, Susan Sarandon, and Barry Bostwick, the movie follows newly engaged straight-laced couple Brad and Janet into the lair of sweet transvestite alien, Dr Frank-N-Furter and his cohorts, Riff Raff, Magenta, and Columbia. The movie is still shown at midnight screenings during which audience participation sees confetti thrown, water pistols squirted, and more.