When it comes to art imitating life there are plenty of examples on display in our everyday lives – from Andy Warhol’s baked beans wall which mimics grocery store shelving, to modern pictures of flower-filled fields and dystopian, empty cityscapes. Life and art are entirely entwined.

Which is why it’s no surprise that this sometimes flips and inspires the other way around, having life in the movies imitate iconic artworks. This is exactly what you’ll discover in the scenes from the following block-buster films. Each of which was directly influenced by a specific painting that is then showcased as a key moment for those who are keen-eyed enough to spot the homage given.

Disney’s Tangled was one of the hit movies of the decade, as the singing, brave princess went out into the world and discovered her birth right. The look for the leading lady that the director envisioned was based on the painting The Swing, by Jean-Honoré Fragonard.

In it, a lady swings on a flower-bedecked sing in very puffy and frilly layered clothes, as pink, pointy shoe flies off towards a statue. While the Rapunzel-inspired film didn’t feature frilly dress, they built on the concept of this picture and replaced the swing with Rapunzel’s long, flowing locks and a sleeker look.

Ridley Scott’s drama, The Duellists, had its final scene with duellist Féraud (who was played by Harvey Keitel) be banned forever from fighting against his favourite opponent. Grief struck and angry at this, he leaves and disappears, only to reappear on a clifftop where he overlooks the sunlight fading and shining onto an estuary.

This scene completely mimics the painting of Napoléon Bonaparte by Benjamin Robert Haydon who painted it in 1830. The painting of Napoléon is set in his island of exile, St. Helena, who looks out to Europewhich has become the land to which he cannot return as his entire posture shows his need and longing. While this scene in the Duellists stands out, it’s interesting to note that the storyline also follows that of Napoléon’s in many ways. 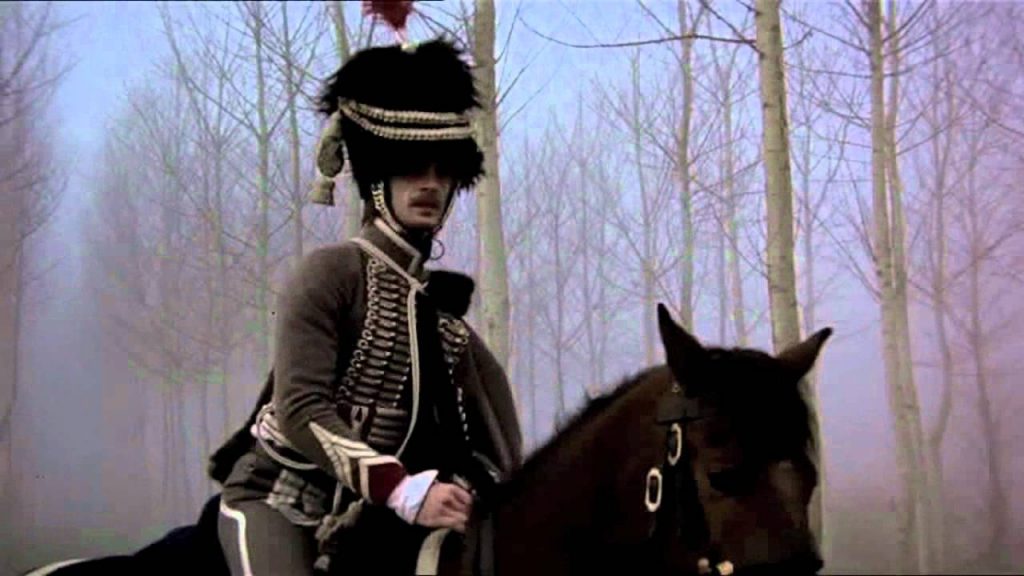 Inception, staring Leonardo Di Caprio, and several other famous faces, is perhaps the best film to portray the mind-boggling labyrinth like picture done by M.C Escher titled Ascending and Descending which is related to Relativity and the Penrose Stairs. The picture showcases a building with stairs encircling the entire outside of it – as monks run and walk in all directions as if caught up in their own gravity wells.

The films entire plot of a dream within a multi-dimensional dream also beautifully mimics the picture’s essence. This isn’t the first film to use this imagery either as Night In The Museum 3 and Labyrinth both heavily feature iconography from the picture in their plots too. It’s as striking as the games at https://canadiancasinoonline.org/

There are numerous other examples of famous paintings, pictures, and drawings cropping up in current film and media – including Hieronymus Bosch’s many apocalyptic pictures which have been inspirations for films such as Twelve Monkeys.