There’s no denying the fact that some movies are so bad that they end up leaving you in your own state of twilight-zone disbelief. But there are also movies that really don’t get the credit they deserve – the underrated movies that somehow managed to slip through the Hollywood cracks.

This is known to happen for a variety of different reasons, but mostly as a result of literally hundreds of movies being released by the film and entertainment industry each year. And so, instead of getting the publicity they deserve, somehow end up being mistakenly classified as niche-market stuff.

These are just some of the most underrated movies of all time.

We suspect that the problem here came down to a simple case of gross mis-marketing. Initially given out to be a violent but “fun” comedy, many people naturally assumed that Smokin’ Aces would turn out to be just another Vegas-style rip and roar adventure with just a touch of dark humour trickled over the top.

The movie does present the viewer with a healthy dose of humour. But that’s far from all there is to the intricate plot. Its also a fascinating and at times even disturbing look at the world of professional hitmen, or killers. And an added bonus is that stars quite the legendary cast of characters.

The Count Of Monte Cristo

Starring Guy Pearce, James Frain and a younger version of Henry Cavil, The Count of Monte Cristo was originally published in novel form back in 1844. The role of Edmond Dantes is expertly portrayed by Jim Caviezel.

It’s easy to get completely lost in the storyline, and so much so that once the credits roll, the way in which the characters were made to almost interact in person with the viewer leaves you wondering whether you may have been dreaming your own life’s reality all along. 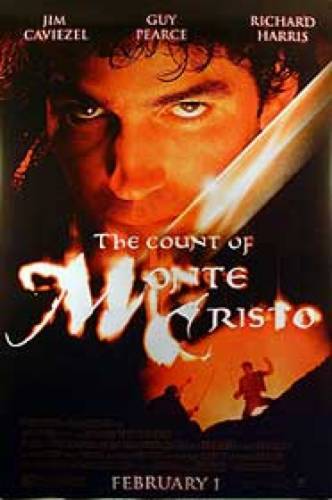 If A Vigilante qualifies as a super-underrated movie (which it does!), then Olivia Wilde has got to be one of the most underrated actresses ever to have graced our screens. A Vigilante is text-book underrated and will keep you perched on the edge of your seat for what at the same time feels like hours on end and but a fleeing moment in time. You’ll be sorry to see it go. It’s riveting stuff from beginning to end.

Starring the generally hilarious Patton Oswalt, Big Fan is as poignant and emotionally moving a movie as Hollywood gets to be on its very best day out. Oswalt portrays the role of a hero-worshipping fan who gets beaten up to within an inch of his life when he approaches his hero and favourite player with the mere intention of saying hello.

The story explores the emotions and psychology behind what it is that takes place in the human psyche that allows a human being the super-human power of remaining supportive of someone capable and guilty of doing something terrible on a very personal level.